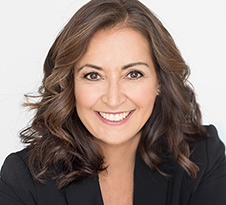 Esther Hopkins, founder and principal of the Law Offices of Esther Hopkins, P.C., provides personalized legal counsel to individuals and families in the areas of estate planning, business planning, business succession planning, probate and trust administration, and special needs planning. She is particularly adept at handling the planning and administration challenges unique to high net worth individuals and families, complex estates and business successions.

Esther spent the first 13 years of her career as a business litigation and transaction attorney. During this time, she saw how lawsuits between family members often tore families apart. She realized that many of these lawsuits could have been prevented with proper planning, and decided to focus on estate planning and closely related areas. Esther’s experience as a litigator gives her a unique perspective on planning and how to avoid the types of mistakes that can lead to lawsuits and other potential problems.

Esther has a very large and close-knit family. Her father was one of twelve children, while her mother had eight siblings. Esther has approximately 50 first cousins. Family has always been the most important part of Esther’s life, and this is another reason why she has chosen to focus on planning rather than litigation. She takes a great deal of personal and professional satisfaction from helping families protect the people they love, the assets they have worked so hard to achieve, and working to prevent the types of infighting over “who gets what” that can destroy family relationships for a lifetime.

Esther received her B.A. in Political Science from the University of California at Los Angeles in 1990. She earned her Juris Doctor from Loyola Law School, Los Angeles, in 1993. She became a member of the State Bar of California in 1993. In addition, Esther is fluent in Spanish.

Esther’s community participation has included volunteer work for the Advocates for Children’s Rights and Bet Tzedek Legal Services. Esther was also active on the Board of Directors for the Southeast Ventura County YMCA. She is an active member of WealthCounsel and Provisors. In her free time, Esther enjoys hiking, biking, running, and most of all, spending as much time as possible with her family. 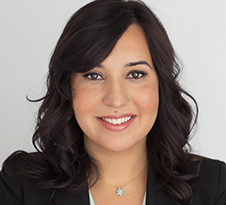 As an undergraduate at California State University, Northridge (CSUN), Fabiola became an intern with the Superior Court of California in Los Angeles, where she reviewed and analyzed legal briefs and observed evidentiary hearings and trials, and settlements of civil and family law cases. She graduated from CSUN in 2001 with a degree in Political Science. Fabiola went on to Southwestern University School of Law in Los Angeles and attained her Juris Doctorate Degree in 2004. The following year, she was admitted to the State Bar of California.

Fabiola is fluent in Portuguese and Spanish and resides in Porter Ranch with her family.